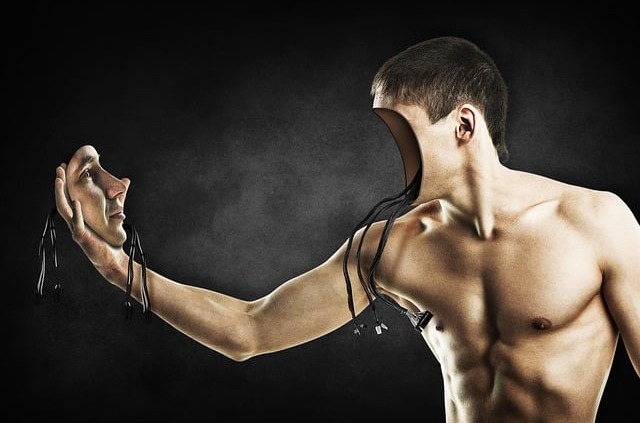 You’ve felt the energy building over the past few weeks, no doubt.

This New Scorpio Moon Eclipse is one of the most important Moons/Eclipses of the entire Year!

Solar and Lunar Eclipses are powerful vortices of energy that catalyze rapid change. They provide unique and accelerated opportunities to catapult your life into new, vibrant, and life-evolving ways. Life feels different after an eclipse.

In this eclipse, Venus is conjunct (next to) the Sun at 2 degrees of Scorpio and both Sun and Venus are conjunct the eclipse degree at 2 Scorpio. That’s a megawatt of intensity!

We have a ton of transformative and radical changes happening through the end of the year and into January of 2023 and beyond.

For now
• Scorpio wants us to look deep into our Soul’s and face the things that we don’t want to look at
• Then, decide to move forward into empowerment, a Scorpio archetype

Your intuition and instincts will be strong during this Scorpio New Moon. Pay attention and listen to the guidance you receive

INFORMATION ABOUT ECLIPSES:
• Eclipses are a powerful pinpoint of energy that create helps accelerate our evolution
• An Eclipse affects our Pineal Gland and affects the magneto-receptors in our DNA, along with radio waves, and X-ray’s.
• They also activate shifts in the electromagnetic fields of the Earth
• During an Eclipse, we become more sensitized to information which is normally outside of our awareness
• The energy of an Eclipse affects us for at least the following 6 months.

THIS SCORPIO NEW MOON ECLIPSE has a focus on relationships of all kinds, especially because Venus figures prominently in the picture.

• Scorpio itself is about sex, passion, bonding, and trust. It is the true archetype for marriage
• We can find ourselves exploring our own deep psyche as well as diving into the psyche of others
• Scorpio is about releasing/eliminating things that no longer serve us

Scorpio is also the sign of earth spirituality and natural shamanism
• This is a time that even people who think they are not intuitive at all, may begin to realize that they are “picking up” on things
• Scorpio is about natural healing, growing your own food and medicines, as well as using objects such as crystals and stones
• Scorpio is also about helping people pass, thus, Scorpio rules hospice care

A SCORPIO NEW MOON IS
• Also, a time for honoring and communicating with your Ancestors
• Both the current ones, and those ancestors that have been with you for multiple iterations

The Sun and Moon (the New Moon), are in Scorpio
Scorpio energy is about:
• Deep transformation
• Awareness of our own psyche and its processes
• The money we share with others (or owe them, such as debt or credit cards)
• Being a detective and delving beyond appearances

Remember, a New Moon marks the beginning of a new cycle. New Moons are the most spiritual and intuitive moons of the whole Lunar cycle.

It is an exciting time to manifest, meditate and create!

This New Moon Eclipse is sitting within 11 degrees of the South Node.

The South Node is about:
• Past life lessons that we are working on in this lifetime
• Past events and emotions reveal themselves – for us to deal with and make decisions about now
• Who can we trust?
• Who do we want to align with?
• Where is our own power?

Scorpio’s ruler is Pluto, which enforces transformation. Pluto represents the soul.
Just look around and know that everything is in a transformative state.

In fact, the US is currently going through it’s very first Pluto return, a rotation of 246-248 years. All structures, government, politics, and industries must evolve as per Pluto’s requirements. The soul of our nation is evolving.

The New Moon Eclipse in Scorpio (ruled by Pluto) amplifies the message of changing structure and rebirth.

With Pluto, it is about transformation of the soul and that includes the souls who run governments and organizations.

Mars is the lower octave of Pluto, and it reflects how we take personal action. It’s getting ready to go retrograde in Gemini on October 31. We’ll be reflecting on what we think, how we gather information, how we sort that information and how we’d like to act based upon what we’ve discovered.

Mars will remain retrograde in Gemini until March 2023 although its usually retrograde period is only for 6 weeks. We have extra time to re-think our positions.

• Will we choose what we are most enthusiastic about and become courageous enough to step into our new model or will we simply ignore the new messages we’ve received.
• Can we rely upon the messages we receive?
• Who can we trust?
• Do we follow others or are we inspired to follow an inner calling based upon accurate information and a heartfelt connection?

MARS SQUARE NEPTUNE
• Right now, it is harder to feel that lovely cosmic Neptune/Piscean energy because things seem dodgy and confusing with Mars clashing with Neptune!
• While Mars is squaring Neptune, it tends to exaggerate the emotional and directionless tone with the pull of escapism
• It can feel difficult to find your power (Mars) in the storm.
• This is the energy of the spiritual warrior – to dig within yourself and reaffirm your connection to a higher source, to a voice that is unwavering in its love for all.
• Have the courage and passion (Mars) to surround ourselves with unconditional love and peace (Neptune)
• Are you listening accurately to the inner messages?

With this Scorpio new moon eclipse, we have a Cardinal Grand Cross
• Comprised of Pluto, Eris, Pallas Athena/Black Moon Lilith, and Mercury
• Cardinal energy is that of urgency, instinctiveness, and the birth of change

In this Cardinal Grand Cross, we have:
1. Pluto = the planet of transformation, deep psychic processes, intensity – and Pluto is squaring (90-degree angle causing stress, but also enabling action)
2. Eris = the asteroid of chaos, discord, wild card energy, and she is squaring
3. Mercury = how we organize information, our voice, communication of all kinds, writing, teaching, speaking and he is squaring
4. Pallas Athena and Black Moon Lilith

An extraordinarily strong message of this Cardinal Grand Cross is one having to do with the Feminine, and the rights of the Feminine.
Pluto is the main player, then we bring in Eris and her energy is that of chaos and jealousy (she was jealous of Venus and the other Goddesses, and she incited the Trojan war)

Pallas Athena was the Female Warrior who also fought with the book of Knowledge, and Black Moon Lilith left the Garden of Eden because she wasn’t about to follow Adam’s line of thinking.

Then, add Mercury – our voice, which is saying that these are all areas that we need to be talking about, writing about, lecturing about, right now.

With the Cardinal energy of urgency, the universe is speaking loudly to us.

The T-Square consists of the Scorpio New Moon (Moon and Sun) and the South Node (in Scorpio), opposing the North Node and Uranus in Taurus and all of them are squaring Saturn in Aquarius!
• Saturn rules the government and corporate environments
• Its archetypes stand for accountability, maturity, respect, and arduous work

This square aspect can bring up issues where accountability has been lacking or a structural component needs to change.
It can also help you become more productive and responsible, if you follow through.

Uranus is about
• Freedom from limitation, peeling away conditioning and allowing the light to shine through
• Events happen suddenly with Uranus, like lightning bolts
• Its energy is that of the genius, and tapping into or channeling higher knowing
• It’s about thinking freely
• Being who you truly are, honoring who you are and who others are
• It’s about the tribe, the community, all humanity, we the people

The fact that the Universe put Uranus directly opposite the Scorpio (transformation) New Moon at this time in our history is no mistake.
We are all one and the universal energy requires that we treat each other as equals. You don’t have to believe in diversity or equality, but the universe does operate under that principle.

The Universe is speaking loudly again.

The energies of revolutionary change (Uranus) and evolution (Scorpio and transformation) are at the forefront of our current lived experience.

Therefore, everything feels unhinged. We are transforming ourselves now despite resistance to that change.

When we resist, consciously or unconsciously, we are creating a riptide that swirls beneath the surface and sometimes even upon the surface. The greater the resistance, the bigger the riptide and the more people will feel it.

Change is not optional. It is an evolutionary requirement. As the saying goes:
“Adapt or die,” and the meaning is poignant for us now, particularly with this New Moon Eclipse in Scorpio. The battle cry of Scorpio and its opposite, Taurus, is an Armageddon mentality and adapt or die represents it well.

With this Scorpio Full Moon Eclipse forming a Cardinal T-Square and a Fixed T-Square, the Universe is delivering a serious message!

These configurations are strongly associated with world events. Eclipses play an influential role in global events, such as the UK’s third new Prime Minister in less than two months!

These aspects can also indicate the possibility of earthquakes, volcanoes, fires, and floods since this is powerful earth-oriented energy.

Also indicated here are power struggles, arguments, and heated discussions. We have been watching this play out daily in Washington DC., US

The configuration is indicating that it’s time to move towards the responsible use of power and resources for the good of everyone.

• Are we evolving and treating others with integrity and respect or are we still judging others?
• Are we bringing our lives into balance?
• Are we supporting the Earth in her need for balance? (She reflects our energies)
• At this New Moon in Scorpio, we need to look at how we love and accept ourselves and others.

This is a time of

• Letting go, detaching from things
• Moving away from people, places, and jobs that no longer serve us

Moving through all of this is not easy. It can make us feel depressed, sad, hopeless, and questioning our motives. We can feel lost and overwhelmed. The energies are deep and intense, yet this is all part of delving into our psyche, addressing our shadow and facing what needs to transform.

As you embrace soul searching, you begin to transform and find yourself rising through the ashes, like the Phoenix. Scorpio rules the Phoenix. It also rules Pluto, the biggest player in this eclipse season.

From darkness, comes light. In light, we discover answers and with answers, understanding.

If you’d like to know more about your own personal journey, please contact me at: (360) 840-1075 or annie@answersthroughastrology.com