Is there really such a thing as a 13th Sun Sign in astrology?

Western Astrologers have mostly used zodiac or Sun signs as an underpinning for predictions and interpretations.

But when Ophiuchus came onto our radar in a 2016 NASA blog, everyone went crazy trying to figure out their “new” Sun sign. Ophiuchus is not a zodiac or Sun sign – it is a fixed-star constellation, residing between the constellations of Scorpio and Sagittarius, which means that its constellation boundaries occur between November 29-December 17.

Western astrologers do not use constellations in their work. We use twelve sectors (of approximately 30 degrees each) to understand people and events.  The Sun travels through each of the sectors for about one month in a 12-month period.

NASA experts explain that zodiac signs were invented by the Babylonians more than 3,000 years ago to make sense of the world. These “signs” were then based upon the fixed-star constellations, which were used to create star signs.

However, the Babylonians were aware that their system didn’t quite match up with the earth’s rotation, and so they chose to leave out the 13th sign known as Ophiuchus

“What’s more, the Earth’s axis has also altered since the zodiac or Sun signs were coined, meaning that: all the constellations are now in slightly different places in the sky.” “The sky has shifted because Earth’s axis (North Pole) doesn’t point in quite the same direction,” the NASA experts claimed.

Due to “precession” (a slow change in rotation around a fixed point), equinoctial points were slowly shifting in relation to the star constellations, just as they always have been.  This change occurs about 1 degree every 72 years.

Astronomer and astrologer Claudius Ptolemy (born around 127 AD), knew this and decided to implement a new system.  He began the zodiac with 0 degrees of Aries at the Spring Equinoctial point. Why?

He did this because he believed that the actual fixed-star constellations were not relevant for astrology.  He thought that the Sun signs should be fixed at the cardinal points (cardinal relates to initiating an action) of the Sun’s annual path.

Back to Ophiuchus. It has sometimes been used in Sidereal systems such as Vedic Astrology as a thirteenth astrological sign in addition to the twelve signs of the Tropical zodiac.

So, what is the difference between a sign and a constellation?

The signs are a man-made concept, equally divided by 12 (12 months), each being 30 degrees.  Each sector or Sun sign is the distance (in the sky), that the Sun travels in one month’s time. Signs are travel-based, and their foundation is set upon the seasons. They are not visible, but rather, imagined.

Constellations are visible in the nighttime sky and are configurations comprised of multiple stars and points.  They are position-based. Positions change slightly over time due to precession.

Bottom line: This “discovery” does not appear to impact Western astrology at all. Whatever your Sun sign was at birth, it will remain so, except for natural progressions (that is information for a different blog).

Although Ophiuchus has a full profile like the other signs of the zodiac, it will refer mainly to current Scorpios and Sagittarians.  Ophiuchus’s qualities are a blend of Scorpio and Sagittarius: depth-oriented and a bit secretive as well as expansive and living life out-loud!  Ophiuchus also contains qualities of being highly goal-oriented, motivated, and dynamic.

Hint: If you read about your Sun sign, please note that the predictions are based upon your Rising Sign or Ascendant.  That is usually (although not always) different than you Sun sign.  Need some help finding your Rising Sun? 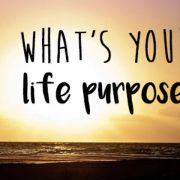 Clarity and Confidence In Your Life Purpose 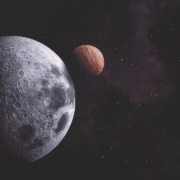 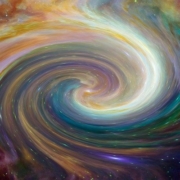 “I’ll Give You Shelter from the Storm”
0 replies

Astrology Helps Us All Shift Together!
Scroll to top